Rent Like A Champion is a vacation rental website that provides college football fans across the country with high quality, affordable housing during football weekends. In smaller towns with prominent football teams, there is a massive shortage of lodging during game weekends. Our homeowners have hosted over 30,000 guests, creating a better college football experience for fans nationwide.

Year the company was founded.

Number of guests hosted by our homeowners.

Number of homeowners listed on our site.

Amount earned by homeowners in 2014.

Rent Like A Champion was founded in 2006 in South Bend, Indiana. What began as a Notre Dame student rental company quickly evolved into the premier weekend lodging option for college football fans nationwide. Early customers were happy to find an alternative to overbooked, overpriced hotels on the outskirts of town. The first homeowners on the site realized they could make extra income renting out their homes to alumni and fans.

"Many college towns lack the infrastructure to support the tens of thousands of football fans who flock to town on game weekends," says Mike Doyle, CEO of Rent Like A Champion. "We're all college football fans so we had experienced first hand the difficulty in finding lodging in these situations. Rent Like A Champion gives traveling fans the option to stay in a home close to campus, and keep their friends and family under one roof."

After realizing the high demand at Notre Dame, Doyle and the company's cofounders brought Rent Like A Champion nationwide. Over 1,000 weekend rentals are now available in 21 college towns, and the company has hosted more than 40,000 traveling fans. Doyle says these numbers have been rapidly growing with no sign of slowing down:

"We've grown an average of 80% year-over-year since 2012, and we plan to launch another 20 towns in the next two years. It's been amazing to hear the resounding positive feedback from guests and hosts alike." 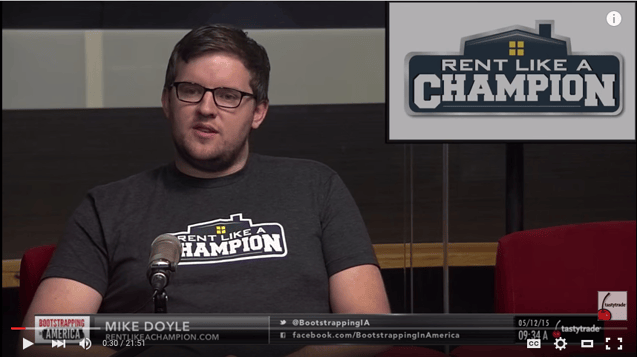 Rent Like A Champion CEO, Mike Doyle on Bootstrapping in America 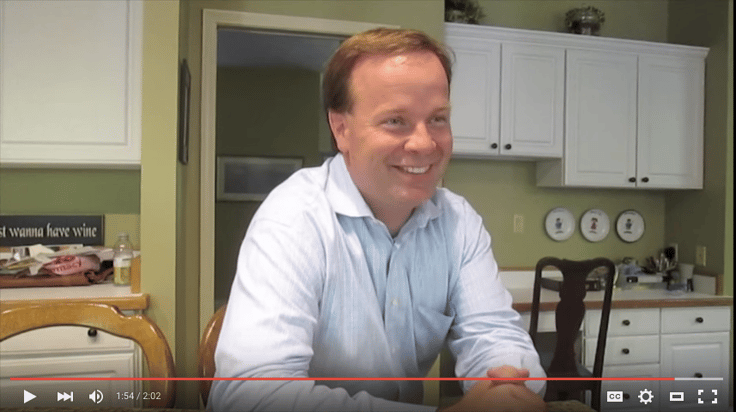